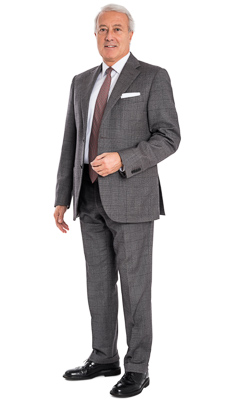 "There is a solution to any problem"

In 1988, Giovanni founded the law firm LCA which was active in international corporate and commercial law.
In 1996, the law firm became the platform on which the UK firm Freshfields was created, becoming the Italian branch of its worldwide network with two offices in Milan and Rome. Giovanni was the managing partner of the Milan and Rome offices, and he was a member of the Worldwide Partnership Council.
In 2004, he refounded LCA Law Firm where he now acts as managing partner.

Associations, seminars, media and other activities

Giovanni is the founder and current chairman of ASLA – the Association of Italian Law Firms that comprises all major Italian law firms and primary foreign firms active in Italy.
Giovanni has promoted and acted in several industrial reorganizations (e.g., Cirio, Mandelli, Lamborghini, etc.) and various entrepreneurial initiatives, including, among others, Trendy Vend, Vini Italiani, Mozzarella Mania Food, Accademia della Pasta, Tatuus, Caleido, H-Farm, Lipogems, IMES, AMT Robotics, Tombolini.
He has also held a position in Boards of Directors of several companies and is currently member of several Boards of Directors, including those of Andrea Bocelli Foundation, Junior Achievement, Credit Suisse, La Centrale Finanziaria, TheSpac, LCA Ventures and AIRC.
His passions are at the core of his professional life and entrepreneurial career: the Blue Note in Milan, the famous jazz club and restaurant, now considered one of the most important showcases of jazz music in Europe and in the world, was born from his intuition and his love for music. Today, the Blue Note is even listed on the stock market.
He actively provides his contribution and support to several pro bono activities, both personally and through LCA as well.
His trust in younger generations and his natural inclination for teaching and training have led him to take part, as guest speaker, in several conferences and seminars. He has also been a teaching scholar at several universities.